Late Night Pomes started out as a weekly poetry night that was held every Sunday in Portland, Oregon in a bar with public readings immediately following to no particular audience except passersby. There wasn’t any time for editing or second thoughts.

It is now being revived as a podcast brought to you by Deep Overstock.

In every episode there will be new poetry games for the hosts and guests (and listeners) to challenge each other with, try out new forms of writing, and to drink of course!

The prompts are created to push writers outside their comfort zone while in a nonjudgmental environment. It is an inclusive workshop that destroys the line between outsiders and insiders in the writing community. Everyone is welcome to write or drink along.

They’re called pomes, not poems, to take the pressure off of having to write “poems.” Pomes aren’t supposed to be works of art; they’re a way to experiment with new ideas and to take risks.

Or maybe it’s a portmanteau of poem and game.

Or maybe it’s trying to spell poem when you’re drunk.

Whatever pomes are, they’re supposed to be fun.

How do you play?

Traditionally the poets (or “pomists,” if you will) sat around a table late at night at a bar after work. Currently they’re social distancing at their computers. (But don’t forget pens and paper!) Each night centers around a chosen theme, split into three rounds with their own writing prompt. Each prompt builds on the theme in a different way.

For example, on a night where the theme is the origin of life, at the beginning pomists are required to write down a list of several adjectives.
For round one they will be a baby and write an ode to the person they hope to become using the adjectives as the personality traits they were born with. They’re still free to use any verbs, nouns, etc., but can only use the adjectives they have.
In round two the pomists will trade their adjectives around and then take on the guise of a rebellious teen as they write a haiku (that means using only 17 syllables because they’re not 18 years old yet).
Then in round three they have to come to terms with being an adult and get rid of half of their remaining adjectives and then write a sonnet to a prospective lover so the cycle can begin again.

One designated pomist leads each night, explains the rules, and makes sure everyone stays on task even after a few drinks. Once a round has finished, pomists read their pomes out loud. After the readings each pomist will award points to one other pomist for the round. At the end of the night, a winner will be announced.

Listeners to Late Night Pomes Radio can play along at home and submit their pomes to the show (pomes @ deepoverstock.com) to be read on-air on a future episode. You may even win some goodies!

How can I listen?

You can subscribe to Late Night Pomes Radio on your favorite podcast player like Spotify or Google Podcasts, (a full list can be found at anchor.fm/latenightpomes) or listen below: 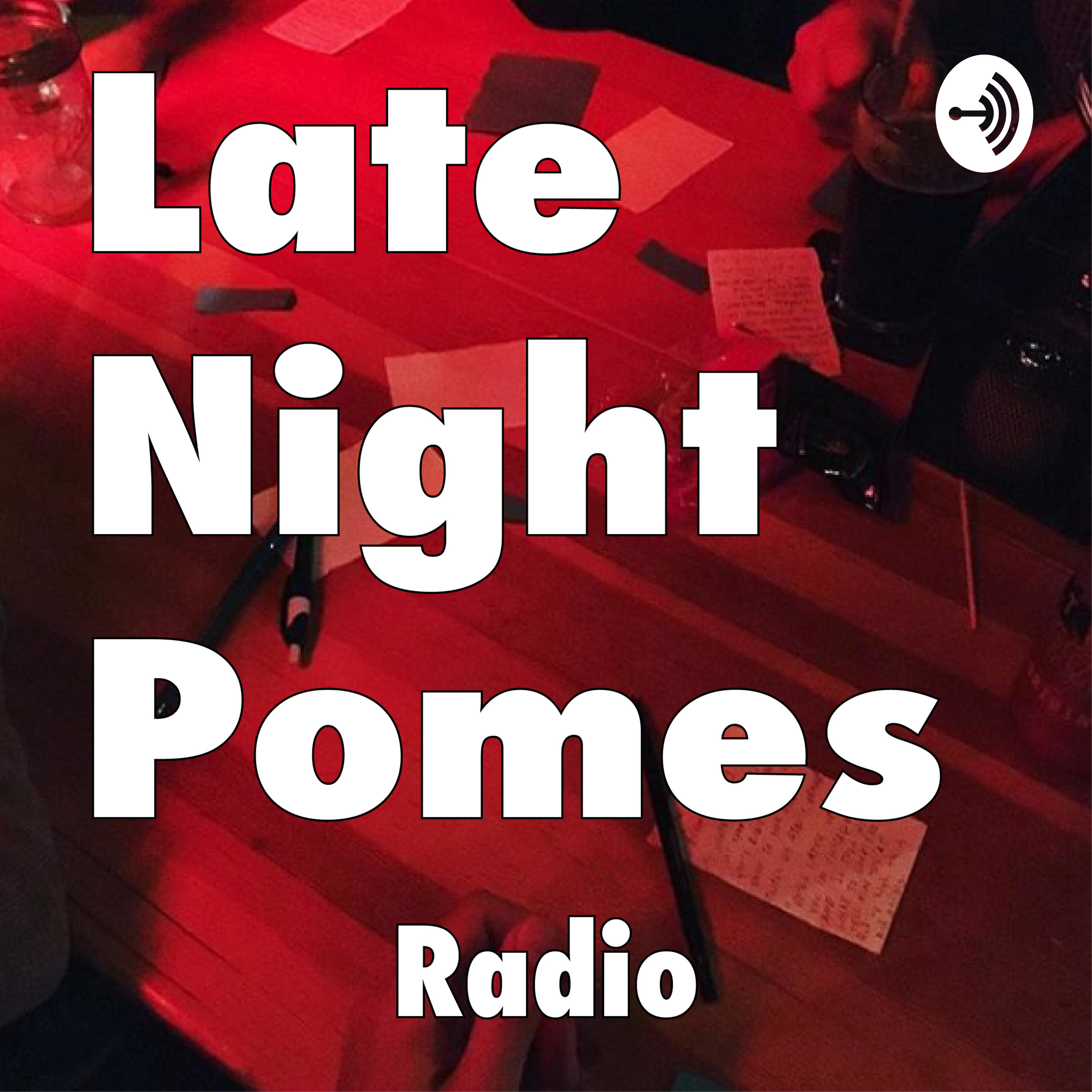 In episode 4 Mickey, Bobby, Ryan, Hannah are trapped inside labyrinths built to house monsters of our own creations. Will our special guest Azalea Micketti be able to help us out of our mess? Azalea (http://www.azaleamicketti.com/) is a writer, director, actor, dramaturg, podcaster, and content creator who is passionate about storytelling in all its forms. Check out her podcast Book Fort about books and other stuff, maybe it’ll have clues on how we can escape. Send us your pomes from this episode to pomes@deepoverstock.com or read them to us https://anchor.fm/latenightpomes/message. Late Night Pomes is brought to you by Deep Overstock, https://deepoverstock.com. Follow Late Night Pomes on Twitter, Facebook, and Instagram. Intro music: “Night Owl” by Broke For Free, used under Creative Commons License 3.0. Interlude music: “Go to the Picnic” by Loyalty Freak Music, in the public domain. — Send in a voice message: https://anchor.fm/latenightpomes/message Support this podcast: https://anchor.fm/latenightpomes/support